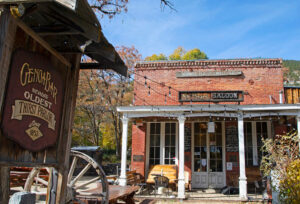 Genoa is an unincorporated town in Douglas County, Nevada, United States. Founded in 1851. it was the first settlement in what became the Nevada Territory. It is situated within Carson River Valley and is approximately 42 miles (68 km) south of Reno.[7] The population was 939 at the 2010 census.[8] It is home to the oldest bar in the state of Nevada which opened in 1853.

Thanks for letting us know!
This is how we improve bertha
What did you expect to happen?
Ask Bertha to Write About Anything
From email subject lines to full on blog posts and even Facebook adverts
Copy to clipboard
Add to Favourite
Report
Insert Default Content